The full roll cage was put in with the initial build of the Jeep around 2003. I made the great decision to not paint it. Ill assume everyone is well aware the unpainted metal Rusts. Yes even in Arizona. 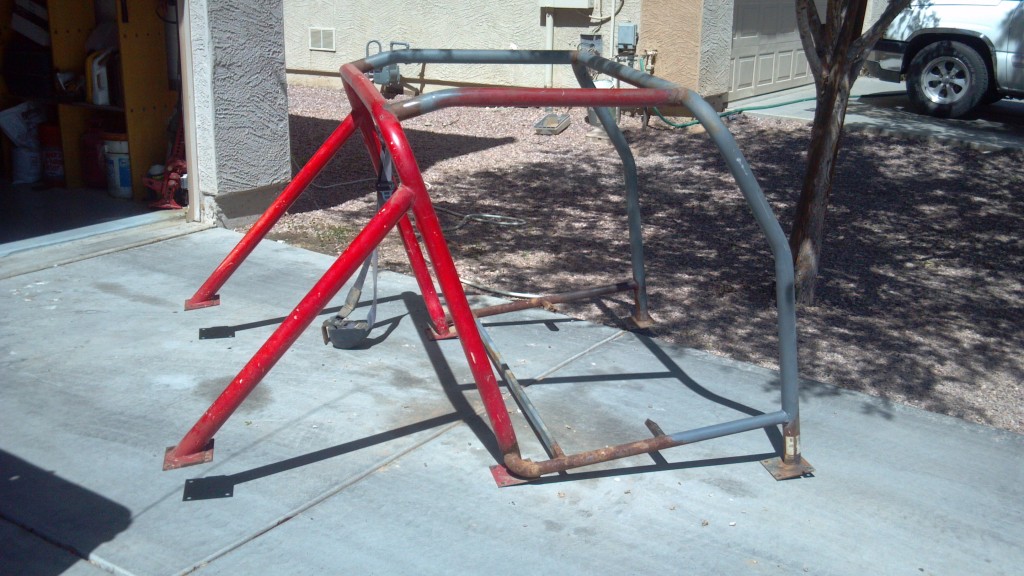 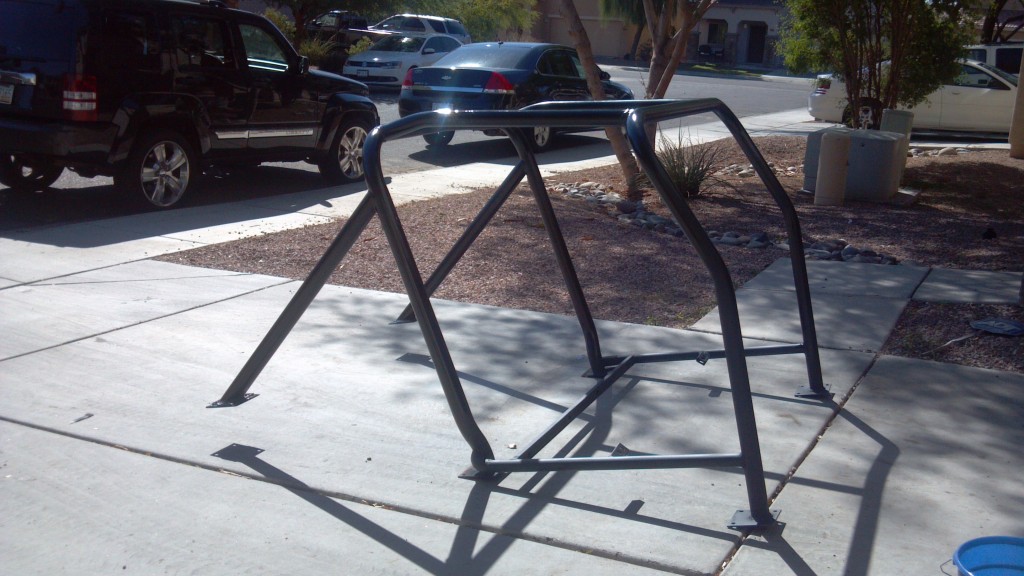 so here we have a quite rusted bit of metal that must be stripped down and painted. instead of going on and on about it. Ill just post some pictures 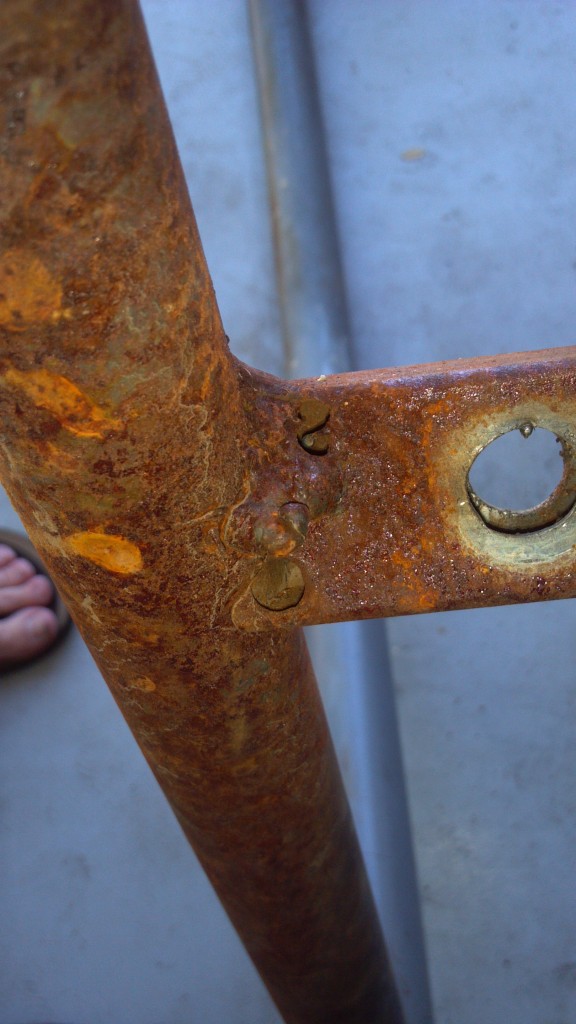 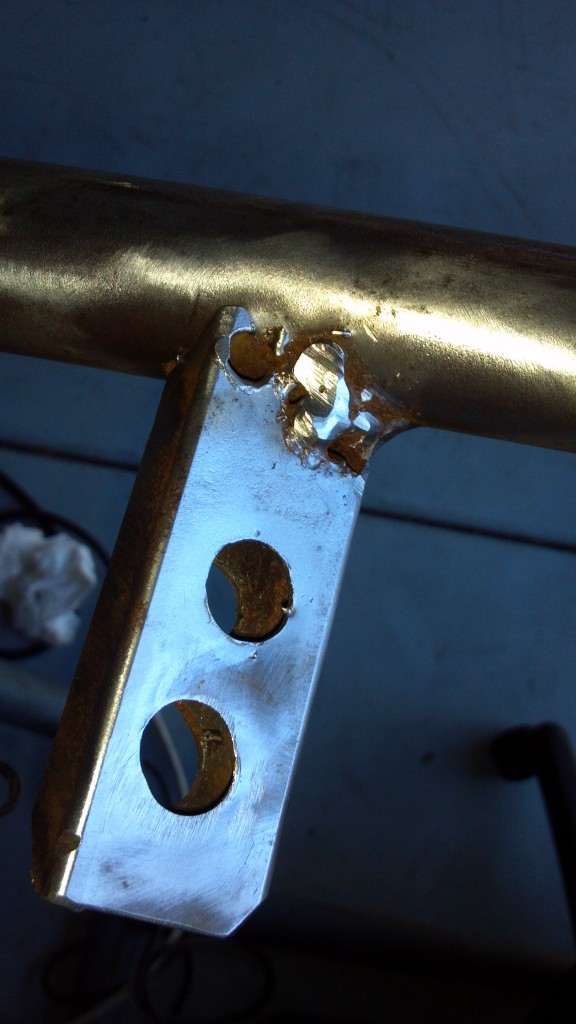 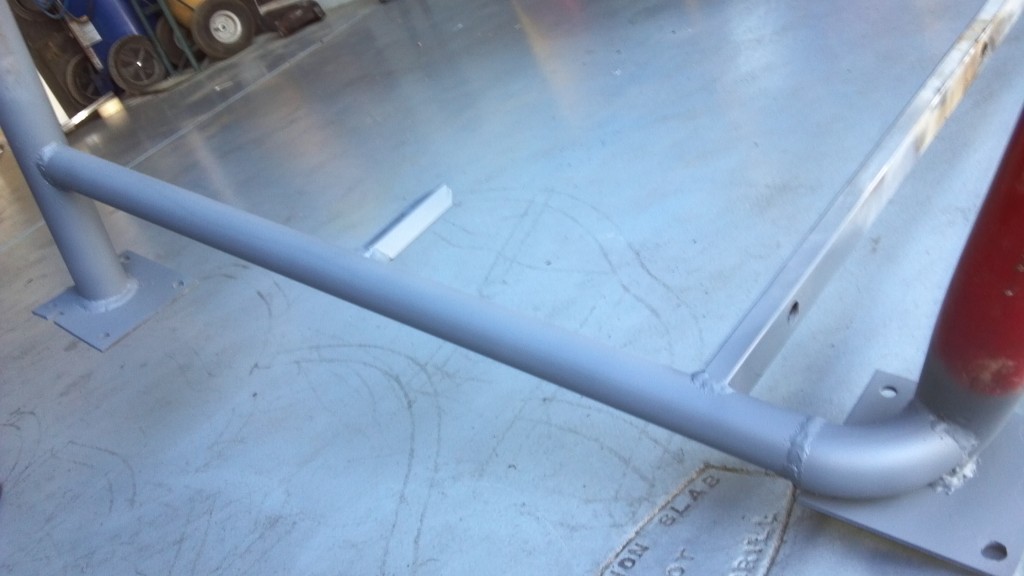 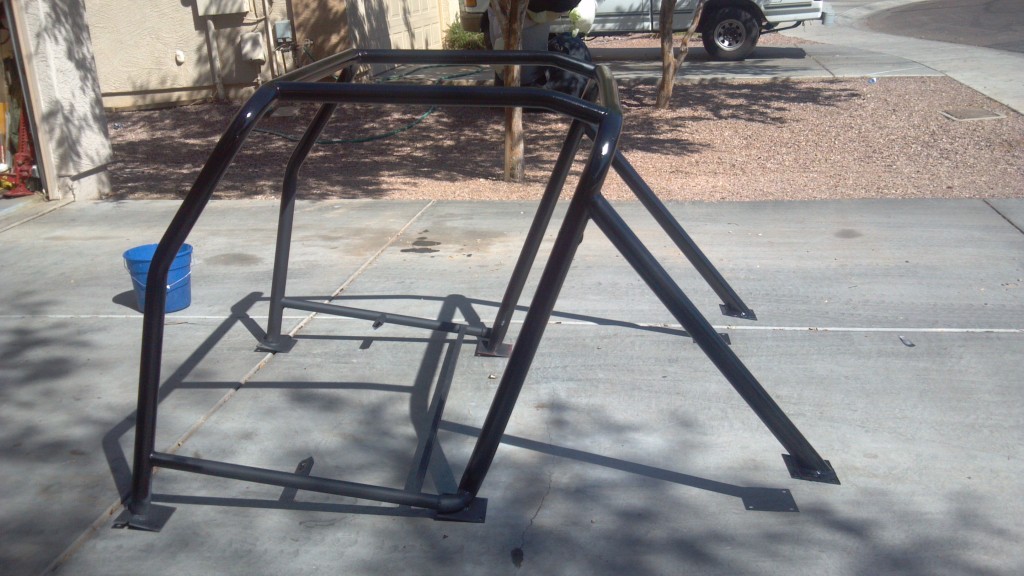 this actually took quite a while, and I was really happy with how well the glossy black came out on the rollbar. It is a bit hard to see here but in person its really slick. 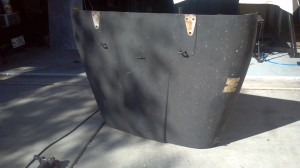 painting as most anyone will likely tell you is all about the prep work and very little about actually painting. I had painted the Jeep before but just used black spray paint to cover over all the non 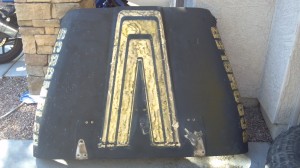 matching colors. The hood is a good example. You can clearly see it was originally a light desert Tan color and I painted over the letters Decals and everything else with black spray paint

I decided this time I would do it right. Strip all the old paint down to the metal, reprimer and repaint. 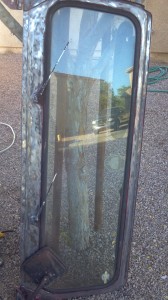 I started by taking the windshield off and removing all the paint from it. I had some debate about removing the glass from the windshield but decided I could get around it decently enough. This is after quite a while of working at stripping paint with a wire brush. Between the 4″ angle grinder the the drill I had gotten most all the old paint off. I did eventually take the wiper arms and brackets off to paint them separately. After getting both sides down to the bare metal I got the primer and the paint on the windshield. 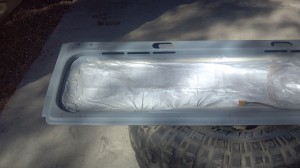 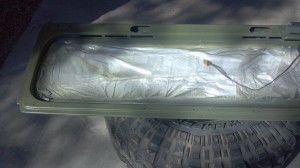 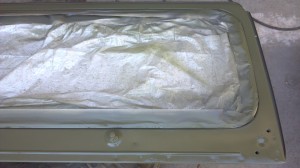 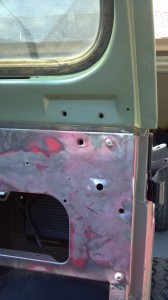 So progress was made but this is only a fairly small piece of the vehicle. This illustrates some of the steps involved Next up was the Dash. The Dashboard was removed from another Jeep and was originally red. Of course I painted over the red with the black just like everything else. 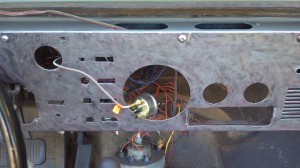 Im not sure how long it took to get the dashboard stripped down to the bare metal too. I think it took most of the day. Also having to remove all the gauges took some additional time that isnt really accounted for. A good bit to note is the windshield was painted with a can of spray paint that I have had laying around for I dont even know how long. The dashboard was painted with a brand new can. Initially they turned out to be different colors but it seems after drying they are closer to the same color which is at least a small releif 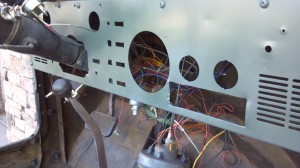 And here is the Dashboard painted the new olive green color 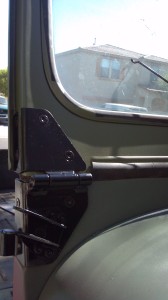 Im pretty happy with the result. The gloss black is a nice accent to the Olive green. Here you can almost see the shade difference that occured between the two shades of paint. Not pictured was the stripping and painting of the area right below the windshield which I had done before the dashboard but apparently didn.t take any pictures of it. Overall I’d say it was a time well spent for a weekend. I still have a long way to go to make the entire body of the vehicle match. The fenders nose and sides all have to be sanded/stripped down and painted green to match. All the accessories will be repainted with the same gloss black as the windshield brackets 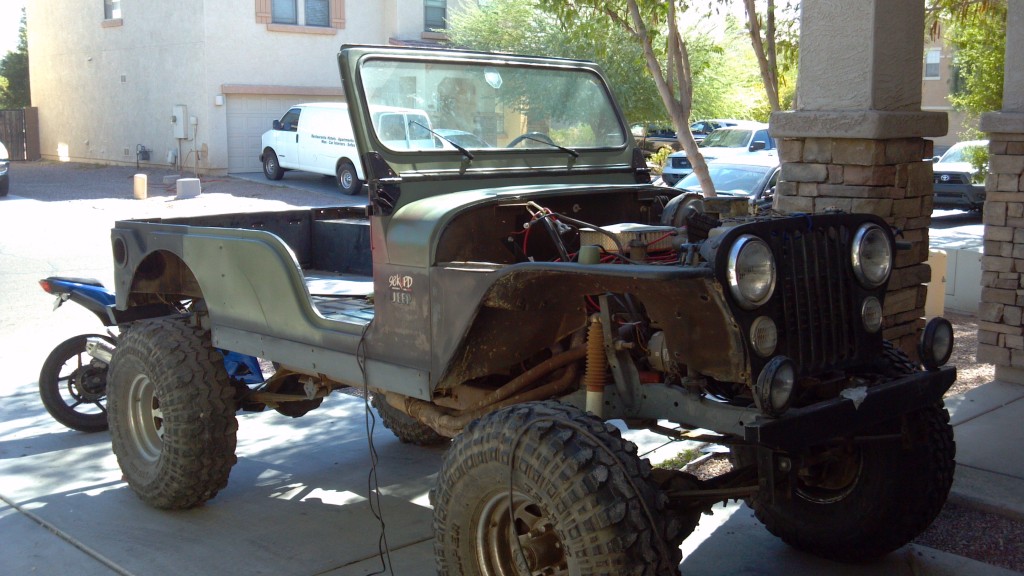